Our review of Domenico Losurdo on Hegel 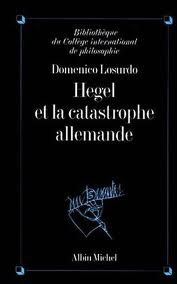 This post is a review of Domenico Losurdo's important book Hegel and the German Catastrophe (Paris: Michel, 1994), posted on the hegel@yahoogroups.com email discussion group in 2011.

Domenico Losurdo. The German Catastrophe and the Image of Hegel. Paris: Michel, 1994.

Domenico Losurdo is a prolific Italian scholar who has written several books on the reception of Hegel’s political ideas. He is best known as a Marxist critic of liberalism (Liberalism: a Counter-history, in English, 2011) which tries to locate liberalism historically and for his “revisionist” work on Stalin (2008). This latter argues that Western accounts of Stalin's crimes since Khrushchev's politburo denunciation of them in the 1950s are greatly exaggerated.

However, the subject of this review is his Italian The German Catastrophe and the Image of Hegel (1987), translated into French as Hegel et la Catastrophe Allemande (Paris: Albin Michel, 1994). I will summarise the main themes of this, in chronological order, as it covers some ground that was new to me and concerns aspects of the reception of Hegel’s ideas in several countries and in relation to several political standpoints:


The Wars of Liberation

Firstly, Hegel lived through the Befreiungskriege (Wars of Liberation) which repulsed Napoleon’s armies from Germany in the period up to 1815. These wars produced Fichte’s Addresses to the German Nation (1813). As a result of these events, there was a tendency for German patriotism – and perhaps Russian - to be associated with a rejection of the French revolution of 1789 and its ideals. Politically, these were taken by some to be a strong central state imposing equality at the expense of individuality, accompanied by military expansionism as the ideas were held to be universally applicable.


Hegel lived in the Rhine confederation at this time as opposed to the more patriotic and reactionary Prussia. His earliest systematic expression of his political philosophy was the sections on Objective Mind in the Encyclopaedia (Heidelberg, 1817) and his lectures from that period. His view was that Germany ought not to reject legal and constitutional advances made under Napoleonic rule out of a misguided patriotism that would reject things because they came from France rather than being patriotic by selecting what was best for Germany. He maintained this outlook in slightly modified form when he moved to Berlin.

It seems to me that Hegel was lifting people’s heads from their immediate struggles to see what modern European states had in common, either as reality or ideal – i.e. the rule of law and representative institutions - and this is still what is valuable in the Philosophy of Right. Losurdo seems at times to want to make Hegel a more partisan figure than he was. He is right to point out that later writers often wrongly identified Hegel with the reactionary Prussian tradition of Jahn, Arndt and Scharnhorst that he in fact viewed from a distance.

From Hegel to Bismarck

Losurdo doesn’t seem to have much to say about the period from Hegel’s death in 1831 to the 1860s, perhaps because it is the subject of another of his books (see below). His general line seems to be that Hegel’s students supported the 1848 democratic revolution in Germany which he equates with Hegel doing so by proxy. After its failure though, German unification was carried through by the Prussian establishment partly by military means. Hegel was regarded as a Francophile figure in this period and his social philosophy was seen as opposed to semi-feudal authority and favouring representative government. He finds some remarks by Bismarck that can be interpreted as critical of Hegelian ideas. 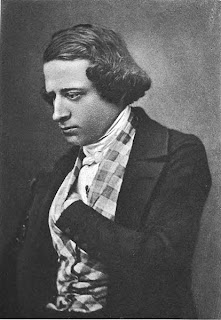 The key text from this era is Hegel and his Time (1857) by Rudolf Haym (above). This led to a debate with Karl Rosenkranz whose views of Hegel are probably more accurate. Losurdo identifies Haym with a National Liberal tendency in German politics that Treitschke embodied in his History of Germany. Haym decries Hegel for rejecting the ideology of the Wars of Liberation. He thinks his praise of civil servants and the centralised imposition of detailed regulations inappropriate to German freedom and individuality. His dislike of Hegel thus flows from his association of Hegel with the ideas of the French revolution. Thus the French had a strong centralised state both before and after 1789 and so he disapproves of this in Hegel. I have not read Haym, though I now intend to, but Losurdo’s general line of argument seems convincing to me.

Losurdo points out that various German writers regarded the war of 1914-18 as an expression of a specifically German social philosophy that rejected the French Ideas of 1789 – e.g. Sombart’s Händler und Helden (Merchants and Heroes). These he thinks relate back to Haym and the National Liberal tradition in Germany and that the attempt to associate them with Hegel is arbitrary.

He then discusses the views of French patriots and philosophers Emile Boutroux, Charles Andler and Henri Bergson who created negative images of Hegel and of German philosophy generally at this time. Losurdo points out that Adam Fergusson’s Essay on Civil Society (1767) is more warlike than anything in Hegel, but that Britain was not condemned as a result. Kant was exempted from this at first for his essay on Perpetual Peace (1795), but then other passages in his writings were found that could be condemned.

Losurdo compares the French authors unfavourably with Croce in Italy, who argued that wars were fought for commercial or state interests and that a war for the sake of scholarship was absurd. I suppose though, that scholars do have an interest in a free press and related freedoms and are sometimes corralled into supporting wars for this reason.

This chapter is a very incomplete exposition of the Hegel literature of its period. Losurdo ignores leading Hegelian scholars like Theodor Haering and Hermann Glockner in favour of Carl Schmitt and tends to mix together scholarly works with propaganda and sloganising (e.g. Spengler). He neglects Johannes Hoffmeister, the Hegel scholar who defended Hegel’s liberalism in newspaper articles in 1937. He also has an imperfect grasp of the English-language literature, for example, he ignores Bertrand Russell’s History of Western Philosophy (1945) which was one of the great war books in which Hegel is given a central role and the debate between T.M. Knox and E.R. Carritt in 1940 that attained a much higher level of scholarship than Russell. More significantly still, he ignores Thomas Carlyle, whose Heroes and Hero Worship and biography of Frederick the Great was at the root of a lot of germanophile irrationalism in the 19th century and I think influential in Germany. He ignores the Hegel-Renaissance in France in the 1930s.

Losurdo describes Social Darwinist ideas and points out that these did not originate in Germany alone, but stem from naturalist tradition of thought that Hegel opposed in the form of phrenology and physiognomy in the Phenomenology. I think we have to distinguish Social Darwinism as a political project here from physical anthropology as an empirical study which Hegel did not reject, as he discusses it in the Subjective Mind sections of the Philosophy of Mind. Hegel’s general approach of regarding reason as an omnipresent and prevailing mental faculty in humanity that supersedes possible or actual empirical variations in human nature strikes me as fundamentally correct and an appropriate explanation and justification of universal human values that will stand up to the current revival of that discipline.


Losurdo does not clarify what he means by the German Catastrophe (singular), though one supposes the collapse of the government into tyranny, subversion of human rights and outbreak of war are part of it as well as the race question and perhaps from his standpoint the rejection of communism. I think he is plausible in suggesting that the tradition of Haym is more to blame for the general course of events than the influence of Hegel, though this may not be the whole truth. My feeling is that the history of this period needs to be reworked to weed out atrocity propaganda from the historical record and give a less theological view of the political motives of the actors of the time than was done at the Nuremberg Military Tribunal, but this is a historical project in the first instance rather than a philosophical one and rather tangential to Hegel.

The author’s Marxist position gives him a critical view of popular ideologies that invoke Hegel’s name that is abundantly appropriate to the subject matter, though it also includes unexamined value judgements (e.g. on the virtues of communism) that lurk under the surface of the expositions. He is dissatisfied with the exclusive disjunction of Conservative versus Liberal interpretations of Hegel which I found interesting, though the point did not seem to be developed in this book, though perhaps it is in the one I mention below.

I thought his account of Croce, who thought scholars should keep scholarship separate from their political commitments, was more valid than his own agenda which seems to be to smear liberal ideas by association.


These were collected in a German edition, Hegel und das deutsche Erbe [Hegel and the German Inheritance] (Pahl-Rugenstein Verlag, 1989). This contains a version of the material reviewed above. There is also:
Zwischen Hegel und Bismarck: die achtundvierziger Revolution und die Krise der deutschen Kultur. [Between Hegel and Bismarck: the Revolution of 1848 and the Crisis of German Culture] (Akademie Verlag, 1983)


Losurdo has also written Hegel and the Freedom of the Moderns which appeared in English (Duke UP, 1994):
http://www.amazon.co.uk/
This seems to draw on Jacques D'Hondt in its first chapter to judge from the Amazon preview pages. 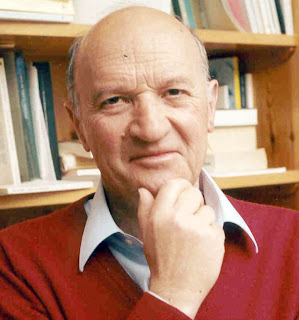 Domenico Losurdo﻿
Posted by HegelianNews at 22:34 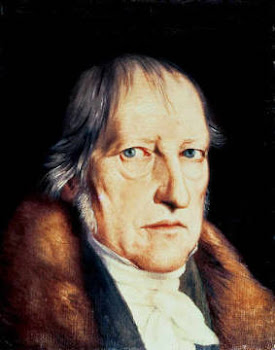